Why Is Rome Called “The Eternal City”? 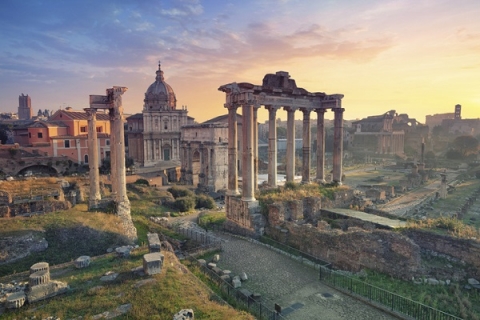 Many cities around the world have popular nicknames. You might be wondering, “How did these nicknames come to be?” For example, New York City is called The Big Apple because sports writer John J. Fitzgerald coined the city nickname and used it regularly in his column, and it caught on from there.

Much like New York City, Rome has a nickname with a source that most scholars seem to agree upon. One person—in this case a poet—simply thought to call Rome “the eternal city” and wrote it down for others to repeat. However, the rest of the story is slightly more complex. Perhaps the more elusive question is the more interesting one: how did the eternal city become the eternal epithet for Rome?

But First: Why Is Rome Called Rome?

If you would like to study abroad and truly understand why Rome is known as the Eternal City, it is important to understand how the city was named in the first place. It is a Greek custom to explain the origins of place names through mythology. This custom was also taken up by the Romans. Rome’s legend is likely to have started in the 4th century BCE and tells the story of the twin sons of Mars, Romulus and Remus, who were saved by a she-wolf after their uncle Amulius tried to have them drowned in the Tiber River. 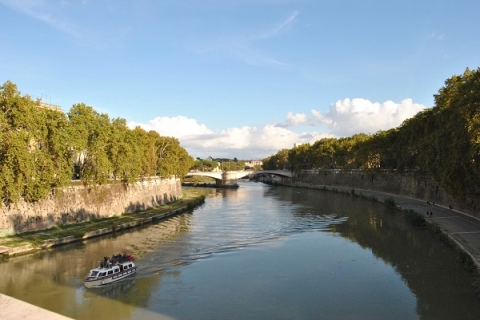 Today a bronze statue stands in Rome’s Palazzo dei Conservatori to commemorate the twins and the she-wolf. It is said that later in life, the twins returned to the site where the she-wolf saved them and founded the city. Then, in a dramatic turn of events, Romulus killed Remus and named the city Rome after himself.

The poet Tibullus is credited by many scholars as the first to refer to Rome as “Urbs Aeterna,” which translates from Latin to the “Eternal City.” This name must have resonated with Romans because poets like Virgil and Ovid continued with the motif of Rome as a lasting city in their respective works.

In the Aeneid, an epic by Virgil, the poet describes Rome this way: “Imeprium sine fine,” which translates in English as “an empire without end.” This prideful attitude toward the city in this phrase is believed to come from the citizens feeling that even if empires rose and fell, the city would last forever. Thousands of years later, the name and the city—along with the poetry and stories connected to it—have endured.

From Emperors in 500 BCE to University in Italy Today

Although humans may have existed in the area that is now known as Rome 5,000 years ago, most scholars mark 753 BC as the founding date for the Eternal City. By 500 BCE, the area was a small city-state amidst a rising empire. Its pinnacle may have been in the first century when the Roman Empire covered territories from modern-day Britain to Egypt, along with the Mediterranean. The rest, as they say, is history. 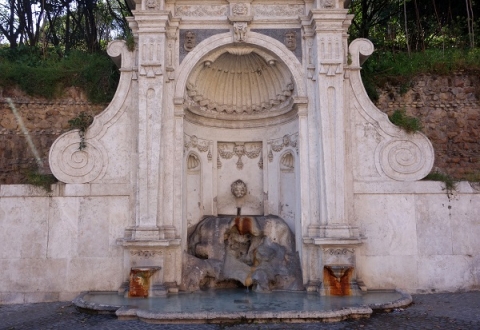 Of course, there is much more to learn about this remarkable city if you attend John Cabot University. Learn about the Colosseum and the Roman Forum in an on-site class that puts you right in the middle of the city’s history or go out and explore the Eternal City for yourself outside of class.

Lastly, don’t forget to visit the Capitoline Wolf in Palazzo dei Conservatori and pay homage to the Eternal City’s founders, as you live and explore a place that blends both the modern and the ancient.

« 3 Political and Social Science Classes to Check Out at JCUClassi Piccole, Grandi Opportunità »