Roman Food Then and Now: A “Tasteful” Take on Classical Studies in Rome 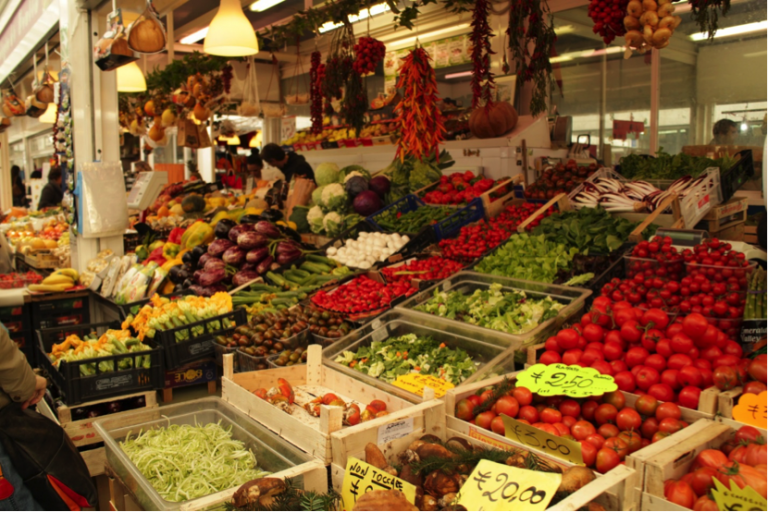 Many ingredients JCU students can find in Italy today – like tomatoes and eggplants – weren’t a part of ancient cuisine.

Italy’s food culture is known the world over for being particularly tasty. For many study abroad students, the allure of a hot pizza on a night out, a steamy cappuccino on a morning walk, or some delicious tiramisù with friends is part of what first drew them to the Eternal City. It’s also one reason why studying in Rome is such an unforgettable experience!

But what would happen to Italy’s food scene if you took away the tomato, did away with forks, and ate your meals lying on your side rather than at the dinner table?

While many of these changes might sound like food sacrilege now, they were a normal part of life approximately 2, 000 years ago when Rome’s food culture had a very different flavor.

Here’s a quick look at some of the food staples of ancient Rome, when ingredients and customs were very different than they are today.

Porridge and Bread: Classical Studies in Rome Reveal Just How Common these Staples Were 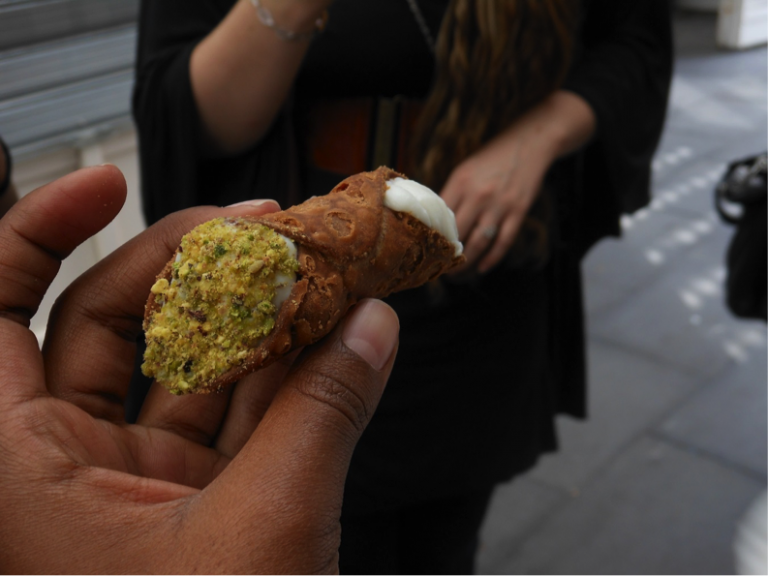 A John Cabot student enjoys a tasty cannoli, a treat that wouldn’t have been available to ancient diners.

In ancient Rome, a person’s diet was in large part dictated by his or her social status. Rich aristocrats, for example, could afford to buy bread that was lighter and finer than that of their poorer contemporaries. These breads would be nowhere near as delicate, light, and tasty as the pastries and loaves students enjoy at universities in Rome today, but they would still make for a filling meal.

Grains like wheat and barley were commonly baked into bread, cooked into pancakes, or turned into a thick porridge. But, for poorer Romans and slaves, millet was the grain of choice.

A recent analysis of ancient skeletons has demonstrated that many of Rome’s poor ate millet almost exclusively. In fact, they ate so little meat and so much grain that many of them suffered from anemia.

Unlike the rich who could afford to add a few dates, eggs, pieces of cheese, or even meat to their meal, poorer Romans had less variety and ate fewer balanced meals.

Dormice and Other Unusual Meats: a Decadent Display of Wealth in Ancient Rome

Even if you aren’t a student majoring in classical studies in Rome, there’s a good chance you’ve heard a thing or two about the decadence of a Roman banquet.

In ancient Rome, breakfast and lunch – known as jentaculum and prandium – were small and quick meals of bread or porridge. Cena (the last meal of the day), on the other hand, was a much more extravagant affair – especially for Rome’s rich and famous.

To display their wealth and impress their guests, Roman aristocrats used to host elaborate dinner parties that could stretch on for hours and include several courses. Exotic meats like ostrich and peacock were served up to guests reclined on couches, but if a host really wanted to impress invitees he or she would serve up bite-sized dormice.

Edible dormice, which were a bit plumper than the mice we see scurrying around today, were captured, fattened up over the course of a few weeks, and then served roasted or stuffed – much to the delight of ancient foodies.

Garum: The Fishy Flavor Booster of the Ancient World

In ancient Rome, the condiment/ ingredient of choice was garum: a fermented fish sauce that was regularly used on meats and in recipes for sauces, dips, and savory dishes.

Bottles of this prized liquid could fetch a high price among aristocrats, while thicker and cheaper versions known as allec were eaten by the less affluent. What were they made of? Whole small fish like anchovies as well as the insides of larger fish like tuna.

To make this ancient flavor booster, the fish and parts were salted, mashed into a paste, and then fermented for several months. Then, once the fermentation was complete, the liquid portion was strained and sold as garum or liquamen, while the sludgy remains became allec.

Watering Wine: A Normal Habit in the Ancient World 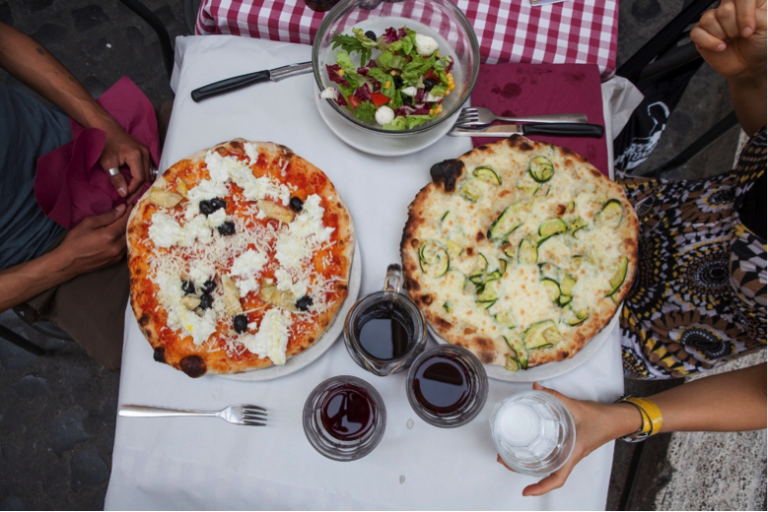 Italians often enjoy a glass of wine with dinner. In ancient times, that wine would have been watered down.

In ancient Rome, people commonly added water to their wine, a practice which is now looked down upon in Italy.

There are two common theories about the original motivation to water wine. First, some historians point out that wine makers in ancient Rome would have had trouble stopping fermentation once it started, meaning that wine would gradually get stronger as it aged. And so, to keep drinkers from getting too intoxicated, wine was watered down to lower the alcohol content.

Another popular theory is that wine was added to water, rather than the other way around. According to this theory, the alcohol in the wine would help kill harmful bacteria in the water, making it relatively safe to drink.

Why not visit johncabot.edu to find out more about our programs or to speak with an admissions counselor.