Have you ever been to a Chinese restaurant in Rome? I’m sure that the answer is yes, since there are many of them here in Rome serving favorite dishes such as Cantonese rice, Chinese shrimp chips, almond chicken, fried noodles, and spring rolls.

However, these are not traditional Chinese dishes, but rather “internationalized” Chinese dishes that have strayed from their traditional recipe. In fact, Chinese restaurants in Rome offer a variety of menus, but all they tend to stay in conformity with Italians’ tastes. In reality, Chinese cuisine is not only fried food. It’s important that second-generation Chinese students are not be deceived by internationalized Chinese cuisine; they should get to know traditional dishes as well.

Here there are some of my favorite Chinese dishes that you should try. They’re also really easy to make!

Kun Pao Chicken: Also translated as Gong Bao or Kung Po, this is a spicy stir-fry dish made with chicken, peanuts, vegetables, and chili peppers. The Almond Chicken you usually eat in Chinese Restaurants is actually the “internationalized” version of Kun Pao since the real recipe is made of peanuts rather than almonds. This specialty has its origins in the SiChuan province in southwestern China, where local people are used to eating spicy foods.

Wonton (or Huntun): These are dumplings made with meat, vegetables, or shrimp, also called “swallowing clouds” for the shape they form once cooked. They are usually boiled and served in a soup, or steamed and eaten with soy sauce. Today they are also fried and accompanied by a light-sweet sauce (similar to ketchup). Its origins are from Shanghai, but now it constitutes also the main plate of Hong Kong’s Dim Sum (Hong Kong-style aperitif).

Rice Vermicelli (or Rice Noodles): These are noodles made of rice, usually eaten fried with vegetables, chicken, or meat. However, the traditional recipe was made in soup with veggies or meat and coriander, a kind of Chinese parsley.

Rice Cake (Nian Gao): This is made with glutinous rice flour that is compressed into a paste and molded into a variety of shapes. It can be eaten as a main course, substituting rice or noodles, and cooking it with vegetables and meat. Nian Gao has also a symbolical meaning of “good luck,” and that’s why it is usually eaten during the Chinese New Year Festival. It can also be made as a steamed dessert, accompanied by tea.

Tangyuan: Made from glutinous rice as well, this is an alternative dessert you can request in a Chinese restaurant. Taking the shape of big or small balls, these are usually filled with sweet black sesame, but there are also other varieties such as red bean cream. The traditional recipe is made with soup or steamed.

Hot Pot: This is the most special and typical Asian cuisine, served with a boiling pot in the center of the dining table containing a variety of raw foods (vegetables, meat, fish, dumplings, or noodles). The cooked food is usually served with dipping sauce. Hot pot is typically eaten during winter, as it allows people to warm up. Now many restaurants in Rome serve hot pot as well, since “internationalized” Chinese traditions have attracted a lot of interest. 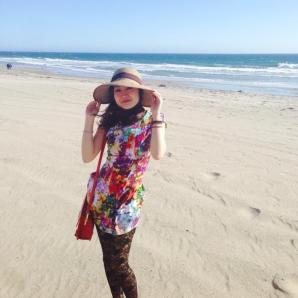