One of the most difficult aspects of moving abroad is finding a place to live. I was 18 when I decided to trade in my southern California home for an apartment in Trastevere. I had already been living on my own for a year after graduating from high school early, and thought I was fully capable of finding an apartment off campus. I didn’t want to live in John Cabot University housing simply because the idea of having my own Roman apartment was very exciting! 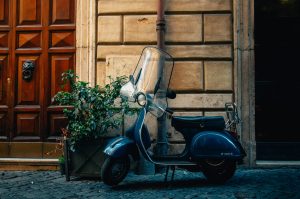 I somewhat reluctantly decided to rent through Airbnb initially, mainly because the site was in English and I figured it would be reasonably safe; however, I ended up paying way more than I should have. Airbnb is a great service to use for short-term rentals, but a semester-long Airbnb (4 months) is not practical. I rented a small ground-floor apartment with one other girl, and the space was “charming”, in the sense that it was old. It was old to the point that the water heater had a lovely routine of breaking every three weeks, and there was a great risk of scorching your hand each time you lit the stove. I struggled with language barriers, payments, and things like where the heck do I take out my trash and on what days?, which was a question that was never answered. Nevertheless, my first Roman apartment sat in the heart of Trastevere, and the experience was unique and something I still value. I achieved that independent feeling I was searching for and was able to (somewhat) manage on my own. 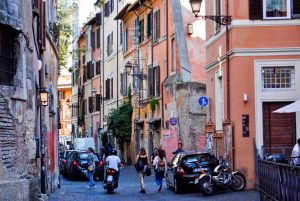 I continued to live in off-campus housing throughout my three years in Rome, and it did get better. I ditched Airbnb and found local English-speaking rental agencies. I lived in some great apartments, and some more “charming” ones. However, when I reflect on my time in Rome, and the decisions I made, I have to say that I regret not having chosen to live on campus at least during my first year in Rome.

It took me a while to make a group of friends, which is somewhat normal when moving to a new city and attending a new university, but I do think living on campus would have helped. I was secluded from other students and only had the opportunity to meet people when I was on campus going to classes. There was a residential life that I was not a part of, and I think I missed out on a lot of opportunities. Living on campus means you are living in a building full of fellow classmates, giving you the chance to make friends easily. You also have support from the housing staff, which is something I would have greatly appreciated when I first moved to Rome. The JCU Housing Office provides their residents with weekly cleaners, maintenance, and also Resident Assistants, older students who are there to help solve any problems you may encounter while living abroad and with other people.

The housing office makes it their goal to bring students together by organizing various events and excursions; there is a sense of community within the JCU residences, and I wish I had experienced that. I appreciate the fact that I lived in Rome, for three years, among true trasteverini, but I do recommend students live on campus at least for the first semester. Moving abroad is overwhelming, and living on campus with a great residential life support system will help you through the transition!