Self Identity: Chinese or Italian? 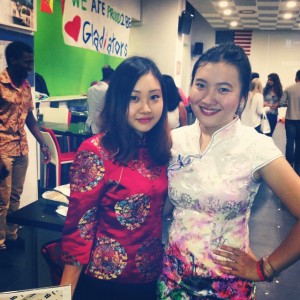 Looking at my Chinese facial features and yet knowing that I was born in Rome, people often ask me “do you feel more Chinese or Italian?”: a hard question for an Italian-Chinese person that is influenced by both cultures. Determining one’s national identity is a complex process for people like me.

On the one hand, we second-generation Chinese were born and raised in Rome, received an Italian education, and grew up with Italian friends. At the age of 18, we also acquire Italian citizenship, making our relationship to this country finally official. On the other hand, the Chinese culture and tradition have always influenced us. We have grown up speaking Chinese – either Mandarin or local dialects – with our parents, watching Chinese TV series, eating Chinese food at home, or learning the Chinese language at Chinese schools in Rome. Most Chinese parents continuously remind their children about their origins and push them to learn Chinese. One warning that Chinese kids usually get from their parents is “yes, you were born and educated in Rome, but you are still Chinese! Chinese is important!” 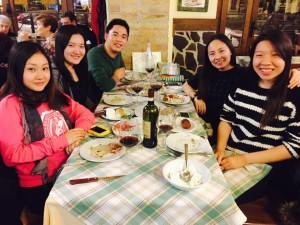 Living between two cultures can be both an advantage and a disadvantage. It is an advantage because it gives you the opportunity to be familiar with both identities, to be able to speak both languages, and to know how to behave properly in different contexts. However, it is also a disadvantage because you always feel you know both cultures, but you are not fully immersed in any of them: you are always halfway, and sometimes it is hard to understand in which direction to go. These kinds of dilemmas lead bicultural teenagers to experience an “identity crisis,” asking themselves, “am I Italian or Chinese?”

Personally, I don’t think I need to give a clear-cut answer to questions of this kind. Of course, I’m Italian, and I feel more Italian than Chinese because I’ve always lived in Rome. My educational background is Italian, but my roots are Chinese: they complement each other. My experience at John Cabot University has been fundamental to understand that the beauty of growing up in an international environment is the fusion of multiple cultures that allows for rich and interesting interactions among people.