When John Cabot University came to my high school in Naples, Italy, for an information session, I was introduced for the first time to the American education system and I was amazed by it. I took all the JCU material the representative was handing out and brought it back home, thinking that it would probably end up at the bottom of a drawer. Surprisingly, my parents read all the material carefully, and one night even showed it to some relatives at dinner. It was the first time that I realized that a university like John Cabot could become my reality.

The main obstacle was my level of English, which at the time was not good. Even though I was an A student throughout high school, English was my weakest subject, and I just thought foreign languages were not for me. Yet, among the confusion and doubts that struck me during the last few months of high school, John Cabot seemed to be my only certainty. So, after having been awarded a merit-based scholarship, I enrolled in the ENLUS program at JCU, with intensive classes in academic English.

The beginning of my time at John Cabot was the most challenging that I have ever had, but it allowed me to achieve the fluency in English I have now. Being able to speak and write English fluently has since helped me land a variety of study and work opportunities worldwide!

While at JCU, I joined the volleyball team, later becoming the team’s captain and the coach’s assistant. Go Gladiators! JCU was truly a 360° experience, from student clubs to internships to attending classes taught by professors from all over the world. This experience really pushed me to think critically and to exceed my limits.

Upon graduation, I decided to continue my studies. My profile was competitive enough to grant me acceptance into two of the best universities in the UK for Development Studies: Manchester University and SOAS University. I chose to attend SOAS University in London. My writing and communication skills, learned in an international environment like John Cabot, allowed me to succeed in a new university environment in a new country and with the higher requirements of a graduate degree. What JCU gave me was not only a great study method, but an approach to life.

This winning mix gave me the chance to continue my career in the field of development through a research assistant position at Centre for Poverty Analysis (CEPA) located in Colombo, Sri Lanka. JCU opened my mind and motivated me to move to Rome, London, and now to Colombo. Being a John Cabot alumna means being part of a real community. Even today, three years after graduation, I am still in touch with my former professors and the great people at the Athletics Department,  and I still receive job alerts from Career Services. And I know that no matter what happens, I can always count on my JCU family! 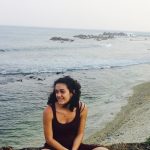 « Alumni Spotlight: Roberta Falvo, Class of 2015Eating in Rome on a Budget »